In the thirty-sixth year of Asa’s reign as King of Judah, he made a pact with Ben-Hadad, King of Aram, and paid him to attack the towns of Israel. Hanani the prophet came to King Asa and said: “Because you relied on the King of Aram and not on the Lord your God, the army of the king of Aram has escaped from your hand…You have done a foolish thing and from now on you will be at war.” (16:7b & 9b)

This is the same King Asa who earlier came to power and “did what was right in the eyes of the Lord.” His heart was “fully committed to the Lord” all his life. But at the end of his life he had a heart change. Hanani summed it up: “The eyes of the Lord range throughout the earth to strengthen those whose hearts are fully committed to Him.” (16:9a)

We are not told how long Hanani spent in prison, but we are told for what he was sentenced: “Asa was angry with the prophet because of what he said; he was so enraged that he put him in prison…and brutally oppressed some of the people.” (16:10)

Prison Principle: Being bold and speaking the truth in love may not always reap immediate positive results…and may cause unjust imprisonment

In the first decade of communist rule in China, pastors were required to join the government’s Three Self Patriotic Movement. Pastor Wang Ming-dao (meaning “witness to the truth”) spoke out strongly against joining the government body and was arrested and imprisoned.

He boldly stated that his Chinese church had no traces of “imperialist influences.” After his first arrest in 1955, Pastor Wang was under tremendous pressure. He was tortured and brainwashed and promised release from prison and return to his pulpit if he would just “preach for the government”. In his mind this would be lying, and he was certain he could not live a hypocritical life.

Pastor Wang was firm in his resolve, until he heard that his beloved wife, Debra, had also been arrested and was in grave danger. He heard that she was not eating properly and was growing critically weak because of the poor food she was receiving in prison. She would not survive if something were not done. This news so disturbed him that he broke and agreed with his persecutors that he would join the government-controlled church. His plan was to get his wife to safety with her mother and then he would commit suicide.

And so he did not preach for the government. But when the authorities realized that he would not compromise himself by preaching in the government controlled church, Pastor Wang and wife, Debra, were re-arrested. She received a fifteen-year sentence and he life imprisonment.

Wang Ming-dao was finally released in 1980 at eighty years of age. When he was released, he said “I have been through 23 years of refining and the Lord has not allowed me to suffer loss through it all, but rather to receive an even greater blessing.” 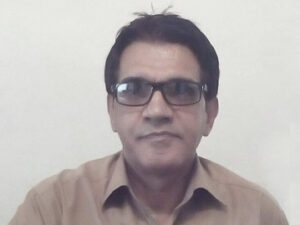 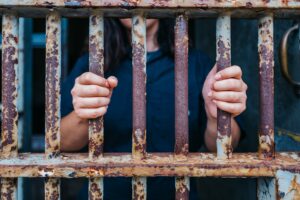